Can chiropractic care help with headaches?

Numerous research studies have shown that chiropractic adjustments are very effective for treating tension headaches, especially headaches that originate in the neck.

A report released in 2001 by researchers at the Duke University Evidence-Based Practice Center in Durham, NC, found that “spinal manipulation resulted in almost immediate improvement for those headaches that originate in the neck, and had significantly fewer side effects and longer-lasting relief of tension-type headache than commonly prescribed medications.” These findings support an earlier study published in the Journal of Manipulative and Physiological Therapeutics that found spinal manipulative therapy to be very effective for treating tension headaches. This study also found that those who stopped chiropractic treatment after four weeks continued to experience a sustained benefit in contrast to those patients who received pain medication.

Each individual’s case is different and requires a thorough evaluation before a proper course of chiropractic care can be determined. However, in most cases of tension headaches, significant improvement is accomplished through manipulation of the upper two cervical vertebrae, coupled with adjustments to the junction between the cervical and thoracic spine. This is also helpful in most cases of migraine headaches, as long as food and lifestyle triggers are avoided as well.
Headache Trigger Points

The Suboccipitals are actually a group of four small muscles that are responsible for maintaining the proper movement and positioning between the first cervical vertebra and the base of the skull. Trigger points in these muscles will cause pain that feels like it’s inside the head, extending from the back of the head to the eye and forehead. Often times it will feel like the whole side of the head hurts, a pain pattern similar to that experienced with a migraine.

The Sternocleidomastoid (SCM) muscle runs from the base of the skull, just behind the ear, down the side of the neck to attach to the top of the sternum (breastbone). Although most people are not aware of the SCM trigger points, their effects are widespread, including referred pain, balance problems and visual disturbances. Referred pain patterns tend to be deep eye pain, headaches over the eye and can even cause earaches. Another unusual characteristic of SCM trigger points is that they can cause dizziness, nausea and unbalance.

Stress may be a trigger, but certain foods, odors, menstrual periods, and changes in weather are among many factors that may also trigger headache.

Emotional factors such as depression, anxiety, frustration, letdown, and even pleasant excitement may be associated with developing a headache.

Keeping a headache diary will help you determine whether factors such as food, change in weather, and/or mood have any relationship to your headache pattern.

Repeated exposure to nitrite compounds can result in a dull, pounding headache that may be accompanied by a flushed face. Nitrite, which dilates blood vessels, is found in such products as heart medicine and dynamite, but is also used as a chemical to preserve meat. Hot dogs and other processed meats containing sodium nitrite can cause headaches.

Eating foods prepared with monosodium glutamate (MSG) can result in headache. Soy sauce, meat tenderizer, and a variety of packaged foods contain this chemical which is touted as a flavor enhancer.

Headache can also result from exposure to poisons, even common household varieties like insecticides, carbon tetrachloride, and lead. Children who ingest flakes of lead paint may develop headaches. So may anyone who has contact with lead batteries or lead-glazed pottery.

Foods that are high in the amino acid tyramine should also be avoided, such as ripened cheeses (cheddar, brie), chocolate, as well as any food pickled or fermented foods.

Chiropractic and Migraines
Several clinical trials indicate that spinal manipulation therapy may help treat migraine headaches. In one study of people with migraines, 22% of those who received chiropractic manipulation reported more than a 90% reduction of attacks. Also, 49% reported a significant reduction of the intensity of each migraine.

In another study, people with migraine headaches were randomly assigned to receive spinal manipulation, a daily medication (Elavil), or a combination of both. Spinal manipulation worked as well as Elavil in reducing migraines and had fewer side effects. Combining the two therapies didn’t work any better.

In addition, researchers reviewed 9 studies that tested chiropractic for tension or migraine headaches and found that it worked as well as medications in preventing these headaches.

However, not all of these studies were good quality, and they varied in the techniques used. More research is needed to say for sure whether chiropractic can prevent migraines.

Massage and Physical Therapy
Reflexology is a technique that places pressure on specific “reflex points” on the hands and feet that are believed to correspond to areas throughout the body. Some early studies suggest it may relieve pain and allow people with migraines to take less pain medication. However, more research is needed. Practitioners believe reflexology helps you become more aware of your own body signals, which might help you sense the signals that a migraine is about to occur — before pain starts. They also believe reflexology helps improve general well-being and energy level.

The staff are professional and friendly - they listen. I don't feel like a number being processed through a system but definitely a client undergoing careful treatment. Highly recommend them!
Deborah Williams
Dr. Mike was great! I had lower back pain for more than a month and nothing helped relieve the pain.Then I was referred to Dr. Mike by a friend. He got me upright again after the first session and after only 5 sessions I was back to my normal self. Staff was friendly and helpful. I would recommend Dr. Mike 100%!
Linda Minino
I was in pain for over 2 months before I found this place. Dr Esperanza and her staff had me feeling better in less than 2 weeks. The receptionists are wonderful as well
Kathy Cline
This place is FANTASTIC! The doctors truly care about their patients. They make their clients feel like a family. I have had excellent results from my treatments. I 1000 percent recommend them to all!
Kara Cole
Highly recommend this place. Staff is great! The level of concern and care you receive is superior to any other office I have been too. They have a full range of services to help with neck & back pain.
Destiney Smith
Previous
Next 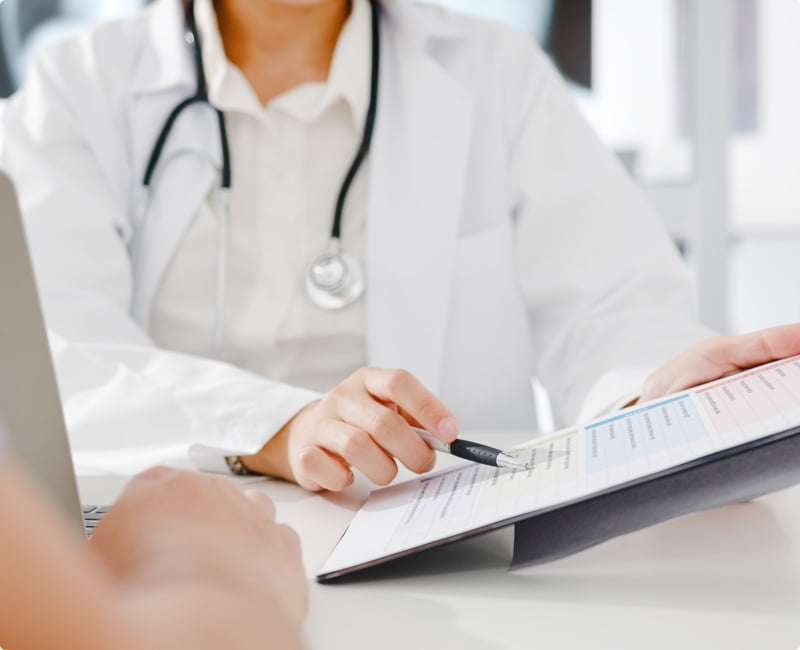